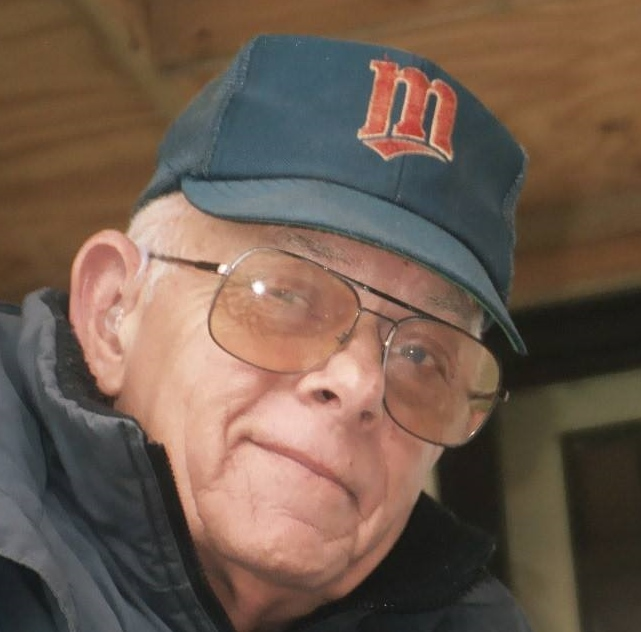 Darrell (Chuck) Lee Hartke,  81, of Ventura California,  passed away 11/20/2019 at community Memorial Hospital in Ventura. Chuck moved to Ventura from Wahkon Minnesota in 2013 where he resided with his daughter and grandson.

Chuck was born on 11/24/1937 in St. James, MN. He was raised in Trimont, MN and joined the United States Navy in 1955.  In June of 1957 Chuck married the love of his life Vera and spent 56 years of marriage with her before she passed in 2013. Together they moved to Alaska where Chuck was stationed until they moved to Fairfield, CA in 1962 while Chuck was transferred to Travis AFB.  After 9 years of Military Service, they remained in Fairfield and raised their 3 children there. He was a Solano county Sheriff Deputy and then worked for United Parcel Service. They owned and operated Voici’s Restaurant in Fairfield for many years.

Chuck and Vera returned to Minnesota in 1988. They resided in Wahkon, MN and Chuck worked for Izaty’s Resort where he was the Director of Food and Beverage until he retired.

Chuck had a passion for writing and self-published 2 books in a series of books he has written. He loved Hummingbirds and always made sure there was a full feeder for them. In earlier years he and his wife enjoyed many travels with their motorcycle touring club. He was an avid fan of the Minnesota Vikings and the Minnesota Twins.

Chuck is survived by his son’s Bryan Hartke (Sharon) of Willits, CA; Bruce Hartke (Fiona) of Vacaville, CA and his Daughter Bren Tomaszewski of Ventura, CA.  He is also survived by his grandchildren, Matthew Hartke of Willits, CA; Jacqueline Banovitz (Nick) of Fairfield, CA; Jesse Hartke (Kimberly) of Vacaville CA; Jamie Hart (Troy) of Newport, OR and Dominick Tomaszewski of Ventura , CA; Great-Grandchildren Shelby and Jack Banovitz; James, Julianna, Kaileigh and Khloe Hartke as well as numerous nieces and nephews.

Chuck was preceded in death by his parents Walter and Maria Hartke, His wife Vera Hartke, his sister Helen Schwinn and his grandson Justin Horton.

The family is respecting Chuck’s wishes to forgo funeral services and are finding comfort that he is reunited with his wife and grandson, peaceful in the warm loving arms of our Lord and Savior. His loving memory will be in our hearts forever.

Share Your Memory of
Darrell
Upload Your Memory View All Memories
Be the first to upload a memory!
Share A Memory
Plant a Tree