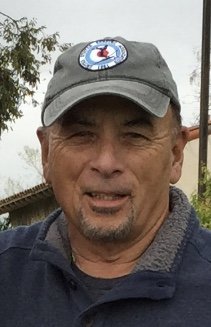 A memorial service will be held for him on Thursday, August 29th at 11:00 am at Grinders Restaurant.

Dave was born in Santa Monica to Lucretia and Erle Bordwell on July 17, 1939.  He went to Los Angeles High School and graduated in 1957.  He went on to earn his Bachelors degree from Woodbury College in 1966.  He worked in insurance for 38 years but his true passion was sports.  His favorites were beach volleyball, golf, baseball, basketball and track.  He received many awards in his life for sports, such as, a scholarship in college for basketball and track, 4 beach volleyball tournament titles in the 60’s, and won the Olympic trials in 1968.  Even after he stopped competing he shared his love of sports and talents with his children.  He played mixed beach tournaments with his daughter Lisa, coached his daughter Julie’s softball team to a state championship, and played and attended many golf tournaments with his son Tony.  After he married his best friend Anne, Dave became a loving supportive Pop to his new children DeAnna and Kaleen .  Later in life, he continued the tradition with his grandson Presley, teaching skills in golf and baseball.  Dave enjoyed golf and watching his cherished dogs Duke, Banzai and DynOmite play agility with Anne.

He is survived by his wife, Anne, children, Lisa, Julie, Tony, DeAnna, and Kaleen, and his grandchildren Julianna, Nik, Samuel, Kyle and Presley.  He was preceded in death by his mother Lucretia and father Erle “Curly” and his beloved dogs Rocky and Bogey.

Share Your Memory of
Dave
Upload Your Memory View All Memories
Be the first to upload a memory!
Share A Memory
Send Flowers