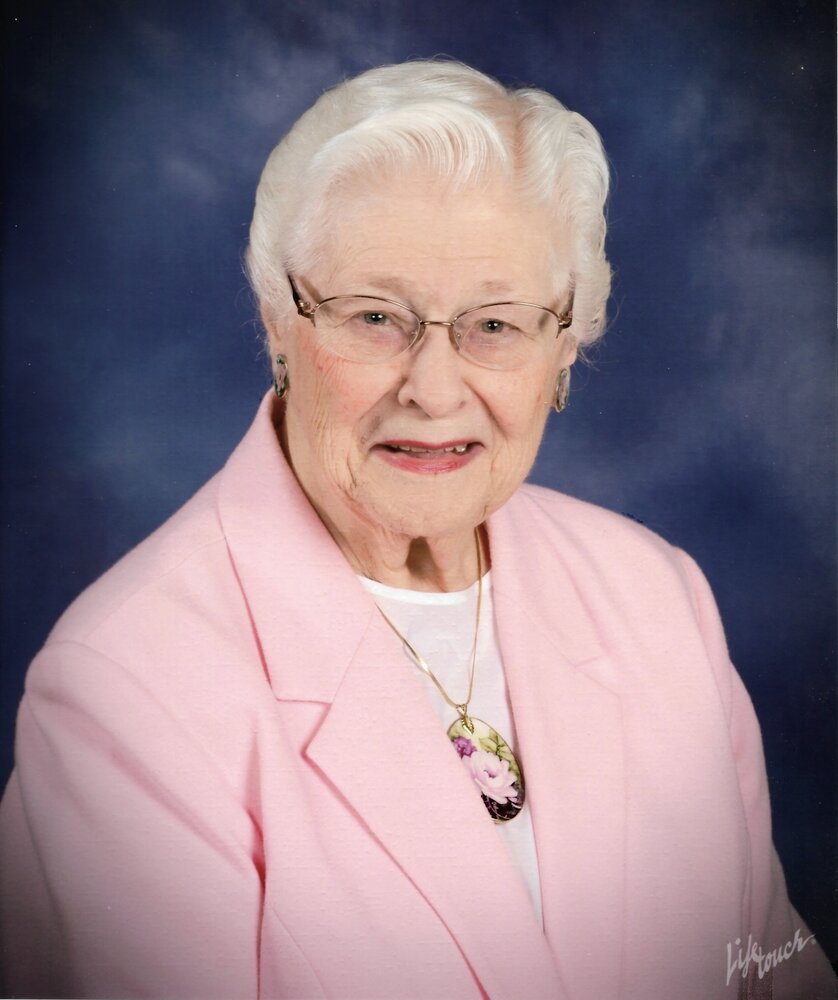 Lovina Jane (Baughman) Hermanek, age 97 passed away October 23rd, 2022.  Lovina was born July 28, 1925 in Youngstown, OH, the daughter of the Rev. Dr. Alden Christian and Grace (Heckman) Baughman.  She will be buried at Camp Butler National Cemetery in Springfield, IL, with her husband.  Her memorial service will be 4 pm, January 3rd at Holy Trinity Lutheran Church in Thousand Oaks, CA.

Lovina graduated from Shorewood High School, Shorewood, WI after performing the lyric soprano lead in several operettas.  She was a graduate of Carthage College, Kenosha, Wisconsin, where she sang on the radio and with Carthage’s A Cappella Touring Choir, the second oldest touring choir in the U.S.  She was a lifetime member of Sigma Alpha Iota, a national honorary musical sorority.

Lovina married Charles Hermanek on June 23, 1949 and celebrated 62 years of marriage before Charles passed away in 2011.  She taught elementary school for 9 years in Illinois public schools in La Prairie, Warsaw and Wood River before substitute teaching in Decatur, IL.  For over 10 years after retiring from teaching, Lovina gave demonstrations with her own antique spinning wheels in the Decatur public schools and at the Macon County Yesteryear Fair on spinning and dying wool and flax into fabric.  She was a lifetime member of both the Illinois and the Decatur Area Retired Teachers Associations.

Lovina was a member of the Decatur Branch of American Association of University Women (AAUW) for over 60 years.  She worked for 23 years researching and documenting the Decatur AAUW antique clothing collection, then emceed programs with live models that raised money for college scholarships. In 1999, Lovina was director of a national AAUW Research Grant that produced a video featuring prominent Macon County women in the antique clothing.  In 1981 a named grant was given in her honor to the National Education Foundation of the AAUW.

At age 57, Lovina became a certified and registered porcelain artist with the World Organization of China Painters (WOCP).  She served as treasurer of the Illinois WOCP, and served as president and treasurer of Decatur’s Palette and Brush China Art Guild.  After moving to Thousand Oaks, CA in 2012, she became a member of the Seashore Porcelain Artists.  Lovina joined Holy Trinity Lutheran Church in Thousand Oaks and became a member of their Mary Martha Circle.

Memorials may be made to Holy Trinity Lutheran Church in Thousand Oaks, CA.

Share Your Memory of
Lovina
Upload Your Memory View All Memories
Be the first to upload a memory!
Share A Memory