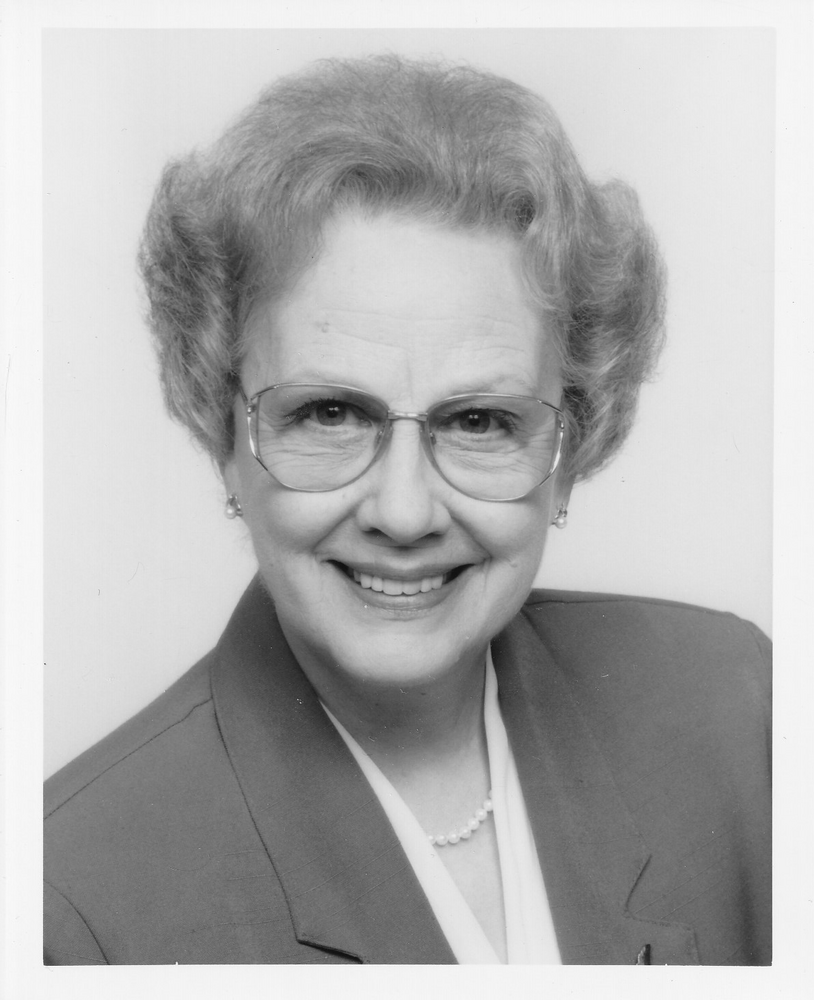 Please share a memory of Della to include in a keepsake book for family and friends.
View Tribute Book

Della Jean Sharp Greenlee was born in Plattsmouth, Nebraska. At age 2 she moved
with her family to Omaha. It was here that she went through school and worked at
Northwestern Bell. It was also here that she met John Greenlee on a blind date and
one year later married him on June 15, 1951.

Her first solo was at age 2 which was the start of a lifetime love of music. Her beautiful
first soprano voice was enjoyed by many throughout the years. She also played piano
and was often the church accompanist in the various congregations in which the couple
served.

The couple’s service throughout their years of church leadership included churches in
Missouri, Kansas, Indiana, back to Kansas and finally in southern California. Along the
way Della was blessed to become mother to three little girls, Suzanne, Allyson and
Jeannine.

After the couple’s call to California, Della began her work at CLU as a Faculty Secretary
in 1976. Her incredible work ethic soon garnered her the position of Secretary to the
President and followed with a promotion to the Development Office where she became
Director of Foundation Relations and Scholarship Development. She was named
Fundraiser of the Year in 1995 by “The Association of Fundraising Professionals for
Ventura &amp; Santa Barbara Counties. The highlight of her professional career. She also
received the 2006 Service to Alma Mater Award, another accolade for her years of hard
work serving CLU and raising millions for the campus scholarships and building
projects. She was seamless in her ability to create strong and lasting relationships with
both the scholarship donors and recipients alike. Della retired from CLU in 2012 at age
82.

Share Your Memory of
Della
Upload Your Memory View All Memories
Be the first to upload a memory!
Share A Memory