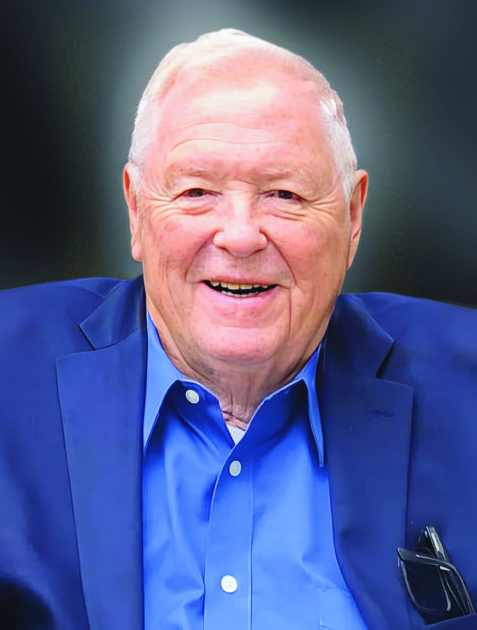 Please share a memory of Dennis to include in a keepsake book for family and friends.
View Tribute Book

Dr. Dennis Joseph Hayes was born in Brooklyn, New York on Independence Day 1939 to Timothy Joseph Hayes and Sophie Rose (Lutsky) Hayes. He spent his childhood playing stickball and marbles in the alley and going to Brooklyn Dodgers games with the YMCA. One of his fondest childhood memories was seeing Jackie Robinson play at Ebbets Field. He and his brother, Timothy Hayes, went to PS93 in Queens, NY and Lake Grove Elementary Boarding School in Long Island, NY. Dennis attended Brooklyn Technical High School before moving to Van Nuys, CA in 1954, with his mother and his younger brother. While always holding down a job, Dennis attended Van Nuys High School and Valley Community College. He then went on to study at USC, where he received his doctorate of pharmacy and was senator of the student council. He was also a very active member of his fraternity Phi Delta Chi and attended many USC football games. Throughout his life, he stayed connected with the USC community and continued to go to the football games with family and his best friend and fraternity brother, Paul Leoni and Paul’s wife Marilyn.

In 1960, at age 21, he married his high school sweetheart, Colleen (Donahey) Hayes. They had 6 children, William, Dennis (D.B), Jennifer, Owen (Sandy/Andrew), Riley, and Tricia. Dennis became very involved in the kids’ sports and especially enjoyed coaching them in baseball and soccer. Dennis owned Dennis Pharmacy in Glendale, CA for more than 25 Years. Dennis was also very active in the Young Republicans association, where he held office as the President of the YRA. He played a key role in the election of Governor Ronald Reagan in 1967. Dennis also ran for state assembly in 1972.

In 1987, his wife of 26 years passed away. A few years later, Dennis married Kathy Goricki Hayes, the woman with whom he would spend the next 32 years. Dennis and Kathy enjoyed spending time at their second home in Willimina, OR and traveling. Memorable destinations included Ireland, Wales, Spain, Portugal, Mexico, Canada and throughout the U.S.

In 1998, they moved from Thousand Oaks to Palm Desert where Dennis worked as a compounding pharmacist. During this time he was also an adjunct professor at USC School of Pharmacy. In 2010, Dennis and Kathy moved back to Thousand Oaks to be closer to family. While living in T.O. he continued to enjoy traveling, going to casinos, being a philatelist and spending time with his 14 grandkids.

Dennis truly loved interacting with people and enjoyed hearing about the lives of everyone he met. He was quick with a joke, loved to tell a story and whenever he smiled he had a sparkle and a hint of mischief in his Irish eyes. He committed much of his life to guiding others through teaching, coaching, life lesson lectures, or quipping about drinking water, being happy, smiling, or reminding you that today is the first day of the rest of your life!  After 83 years of life, Dennis passed away peacefully on September 12, 2022.

Share Your Memory of
Dennis
Upload Your Memory View All Memories
Be the first to upload a memory!
Share A Memory