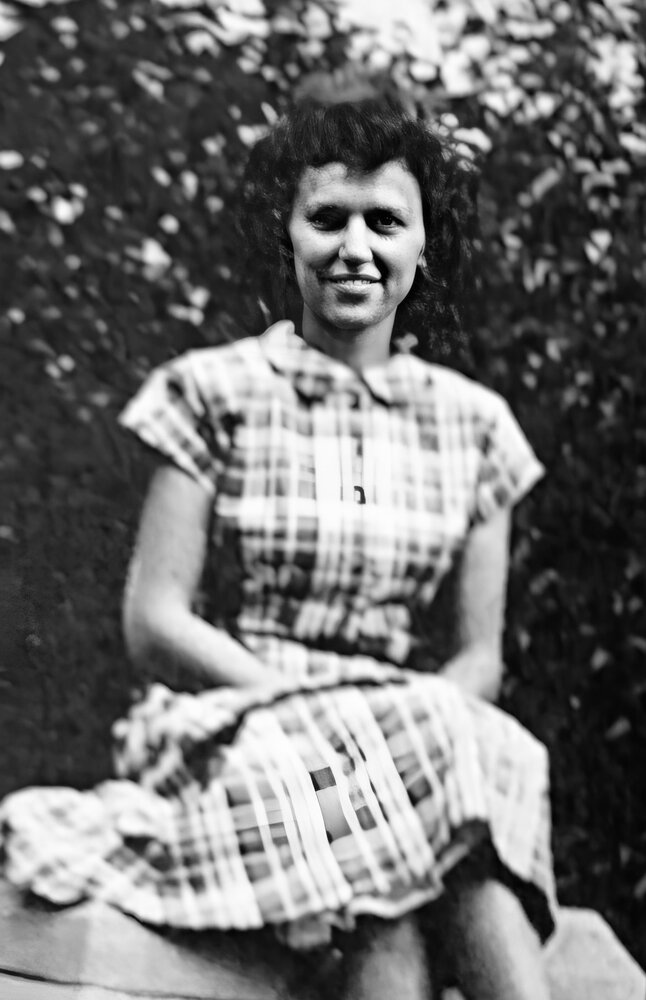 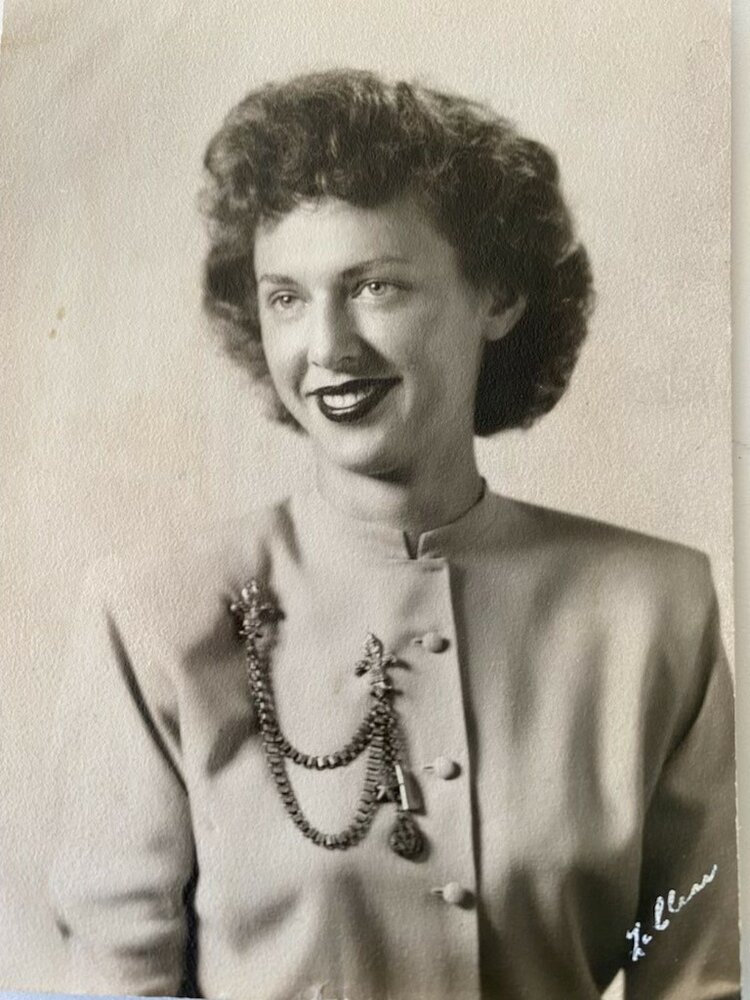 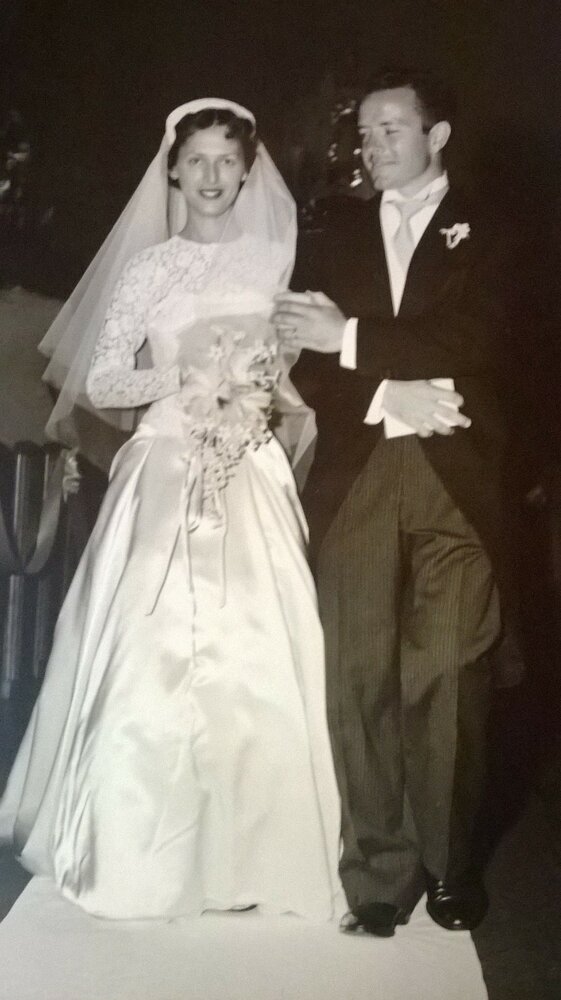 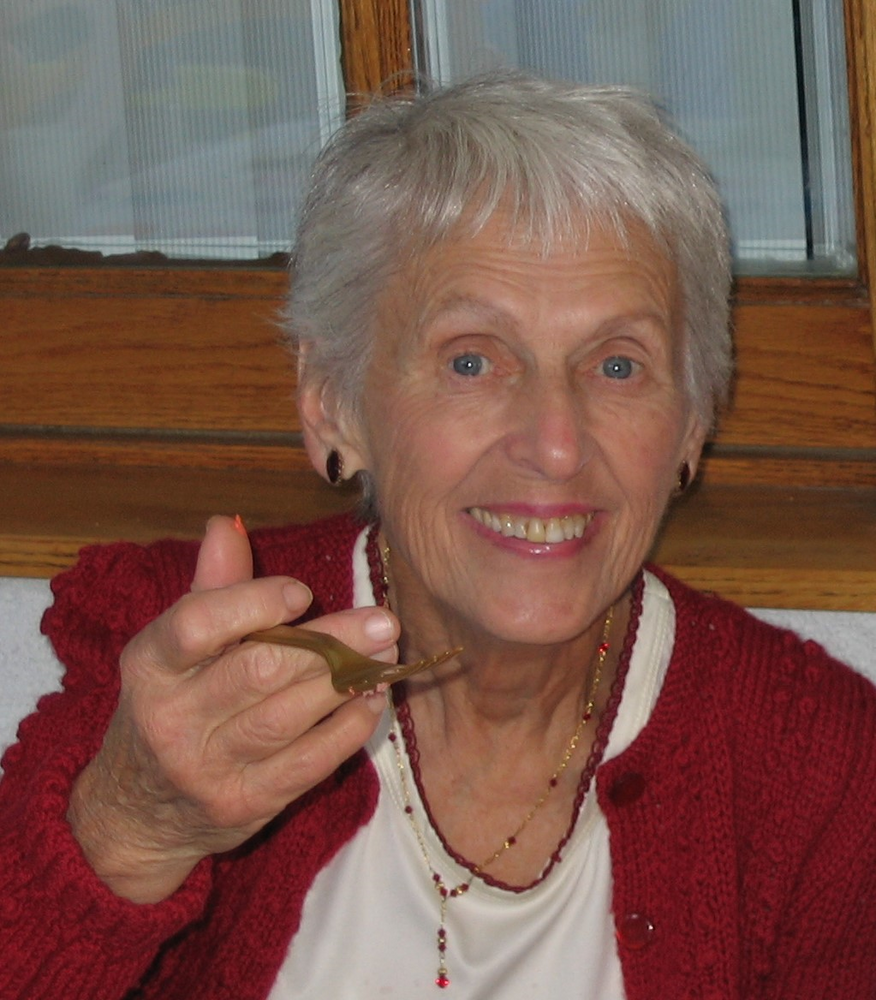 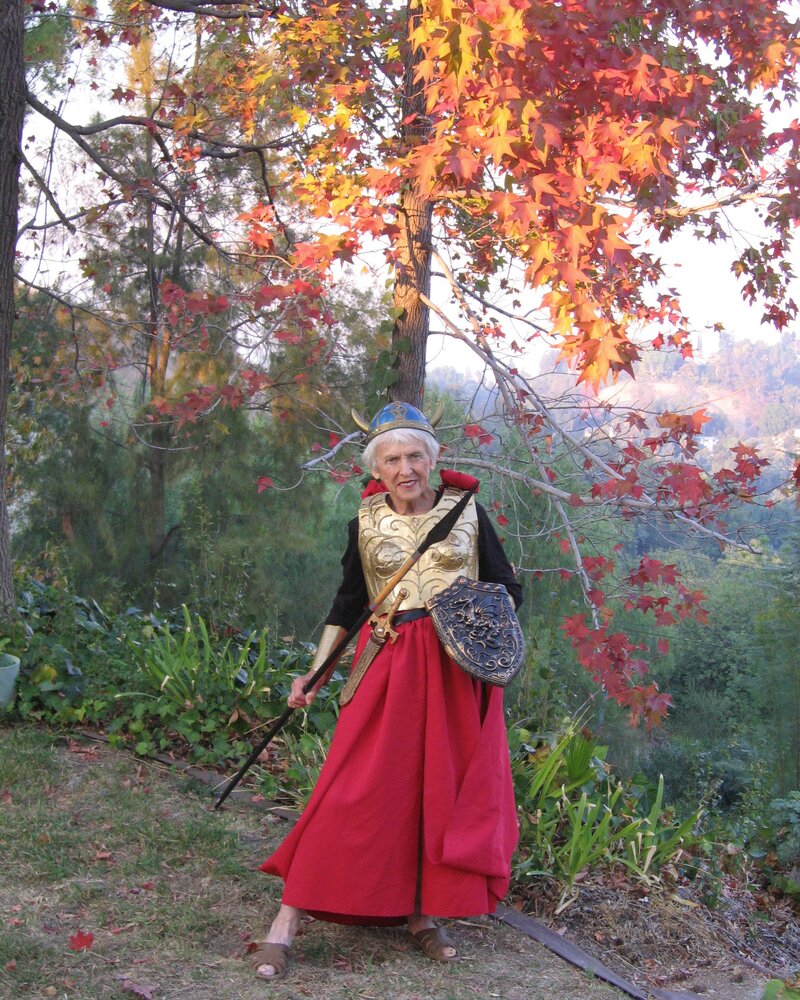 Please share a memory of Joan to include in a keepsake book for family and friends.
View Tribute Book

Johanna Bilida Sims was a first generation American. Born on Wednesday, August 20, 1924, in Detroit, Michigan, to Joseph Bilida and Helen Towianski, immigrants from Lithuania through Ellis Island. She had 6 sisters and one brother: Stephanie, John, Julia, Sophia, Helen, Frances and Florence. Joseph worked for the Ford Motor Company as a grounds keeper while Helen worked hard taking care of the children.

After receiving a recommendation from a school counselor, Joan attended the prestigious Cass Technical High School majoring in dress design. Cass Tech had memorable high school concerts included Les Brown and his Band of Renown and Arthur Rubinstein. Her High School Graduation, during WWII was cut short by an air raid warning siren. Joan contributed to the WWII, war effort as a nurse’s aide on Sundays in a red and white candy striper uniform and by working at Fisher Body 54 hours per week inking drafting plans for aircraft, tanks, and other vehicles

She earned a Bachelor of Science degree in Landscape Architecture from Michigan State University in East Lancing, Michigan, in May 1948. She made good friends, who became lifelong correspondents. During her time at Michigan State, she enjoyed activities like Green Splash water ballet and was a resident assistant in her dormitory. She was the only one in her family to earn a college degree.

A job offer in California caused her to leave Michigan. She took the Santa Fe Express train to Union Station in Los Angeles and started a new life. She worked for 40 years as a Landscape Architect instructor for Lifetime Careers.  To make new friends she joined the Good Shepherd Roman Catholic church club in Beverly Hills, where she met and married Burkett Moore Sims, a WWII Army veteran. Joan and Burkett dreamed of building a lovely house in Woodland Hills, CA, and raising a family. They managed both.

She was professional woman, after the children were born, she worked at home in the evenings. She helped Burkett to build their house by surveying the lot (another skill learned in college), even tying support rods for the foundation while pregnant. Later she brought a business making Scottish Highland dancing shoes.

A wonderful mother, she encouraged her children to participate in activities: Girl and Boy Scouts, 4H, Scottish Highland dancing, and singing lessons. She planned our cross-country auto camping vacations in an avocado green, wood paneled station wagon. Joan was a good cook including Lithuanian dishes and wonderful chiffon pies.

Singing, playing the piano and dancing were an important part of her life. She taught her children to waltz and jitterbug to the tunes played on the Lawrence Welk show. She was an excellent seamstress making most of their clothes, then teaching them to make their own. She loved flowers and belonged to two garden clubs: Designers and Cherry Blossoms. Joan valued education and encouraged all her children to earn a college degree.

In retirement, she was a voracious reader. Books were a real love.

She loved with all her heart and was well loved! A good woman, a pearl beyond price! She will be remembered by her entire family.

May angels guide you to paradise, may saints and martyrs come forth to welcome you home and present you to God Most High, beloved wife and mother.

Share Your Memory of
Joan
Upload Your Memory View All Memories
Be the first to upload a memory!
Share A Memory