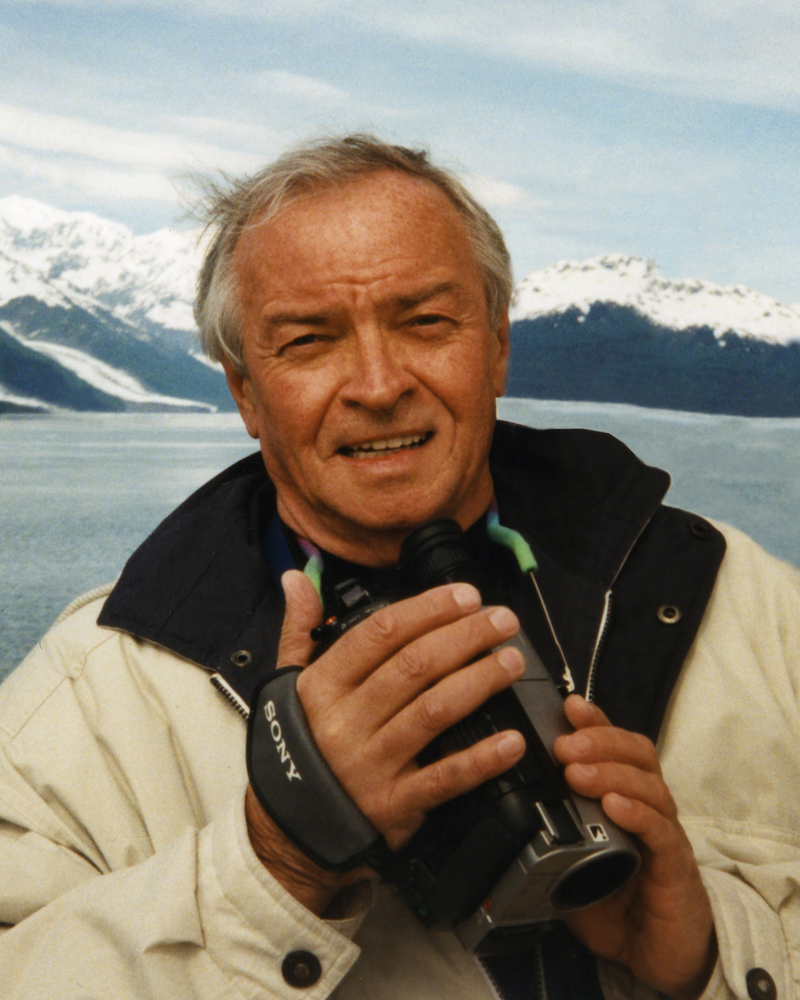 Please share a memory of Reed to include in a keepsake book for family and friends.
View Tribute Book

Reed was a loving and devoted husband, father, grandpa, great grandpa, brother, uncle and friend.  He passed away on May 27, 2022. This precious day when he left this world he was in his home…embraced by the warmth of his loving family.

He was born on May 11, 1932 to Mabel (Munns) Howard and Gordon Maxwell Howard.  He graduated June 1950 from East High School in Utah, and later attended the University of Utah.  From October 1952 to October 1954 during the Korean War Era he served in the U.S. Army with at least half of his time at the front line where the demilitarized zone was established in July 1953. While in the U.S. Army he trained in the duties of a message center clerk, which entailed repair and operation of television type machines, facsimile machines and coding gear.

He worked at a local Salt Lake City television station (KTVT, Channel 4) while pursuing a Broadcasting degree at the University of Utah. Since 1955 he has been in commercial and educational radio and television business. Later he was a great provider for his family as a cameraman at National Broadcasting Company (NBC) in Burbank, California.

Also while resuming his studies at the University of Utah he met the love and inspiration of his life, Joan Stewart.  They were happily married from 1959 until Joan’s sudden death in January 2020. He and Joan had two sons (Kevin and Todd) along with their beautiful daughter, Kristen. Every day of his 60 years of marriage, Reed taught us all what it means to be a great husband. He married his sweetheart. He adored her. He laughed and cried with her. He was dedicated to her totally.

Reed was always willing and able to help his family, friends and neighbors when needed.  You just had to say the word and Reed was there.  He had the best sense of humor with a great laugh and was the kindest person anyone would want to know or be around.  Most of all, he was proud of his family.  He didn't care if they were blood-related or not.  They were still his children and grandchildren and were all treated the same.

Driven by a keen technical mind, a desire to succeed and a strong work ethic inherited from his parents, he was encouraged by his mentors join the National Broadcasting Company (NBC) in Burbank, California. It was at NBC where Reed began a distinguished career as a cameraman and audio boom technician.  His career with NBC took him around the globe. He was a recipient of an Emmy Award and 10 Nominations for his work on shows ranging from major sporting events, sitcoms and space launches, to popular game shows, political conventions and the highly acclaimed Hallmark Hall of Fame series. His many TV credits include popular hit shows like The Tonight Show with Johnny Carson, Sanford and Son, Welcome Back Kotter and Punky Brewster. His name can still be seen in the credits of many re-runs of popular shows, listed as Camera Operator: Reed Howard.

He is preceded in death by his parents; wife and brother, Gordon Howard.  He is survived by his sons, Kevin and Todd; daughter, Kristen Reed; eight grandchildren; and five great-grandchildren. He also leaves behind so many others that were fortunate to meet and learn from him and experience a true enthusiasm for life. His selfless giving to those he could. His warmth and love he so generously and selflessly provided us all with every day; we thank him for this.

The Family wishes to extend their gratitude to Friends and Relatives who supported them through their grief. Especially we extend our gratitude to all the amazing caretakers at Pacific Coast Homecare who provided Reed with an amazing last couple years of his life.  We thank everyone for their kind celebration to be a part of Reed’s life.

Reed’s wishes were to be cremated with his ashes scattered at sea.  Memorial service to honor Reed will be held at The Rose Family Funeral Home Saturday, August 20, 2022 beginning at 1:00 PM. He will be missed by many. All are welcome to attend and celebrate Reed’s life to share in good food, good company, and good memories…

Share Your Memory of
Reed
Upload Your Memory View All Memories
Be the first to upload a memory!
Share A Memory