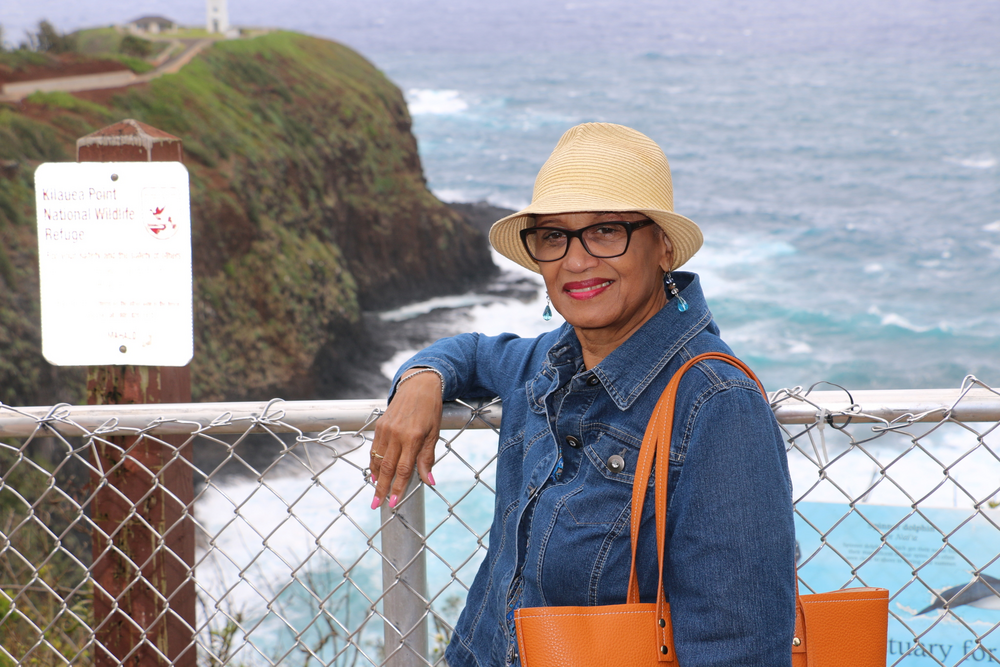 Please share a memory of Seeta to include in a keepsake book for family and friends.
View Tribute Book

Seeta Frances Ward was born in the village of Beterverwagting in Guyana South America on November 15, 1949.  She was the youngest of seven children born to Almond and Gladys Ward. In Guyana she attended St. Peters Catholic School and County High School. She worked at the Guyana National Cooperative Bank (GNCB) for several years and ultimately became the face of the Bank as her picture was used in advertisements for the Bank. She was also a member of the vibrant Green Light Catholic Organization (GLO).  In 1987 she migrated to the USA and made Los Angeles her home.  She worked at Nuvision Credit Union formerly known as ARCO Credit Union for 30 years rising to the position of Manager at the time of her retirement. She was also a member of Transfiguration Catholic Church.

Seeta was a fun loving, well-mannered and well-respected woman. She loved attending Caribbean festivities with her friends and was always complimented on her ability to “jump” (dancing to Calypso music). She was loved by everyone she came into contact with. Her vivacious smile and radiant personality would light up any room she entered.  She found joy in being a grandma and watching her grandchildren do silly things around her. She was a bright light in this world and will forever be missed.

She is preceded in death by Almond (father), Gladys (mother), Gloria (sister) Tyrone and Almond Jr (Brothers).  She is survived by her loving son Brian, his wife Marietha and grandchildren Naya and Noah. Brother Jack, sisters Claudette and Kathleen and a host of nieces and nephews.

When our time on earth is done, money or material things will not matter:  But the love, time and kindness we’ve given others will shine and live on forever.

Share Your Memory of
Seeta
Upload Your Memory View All Memories
Be the first to upload a memory!
Share A Memory