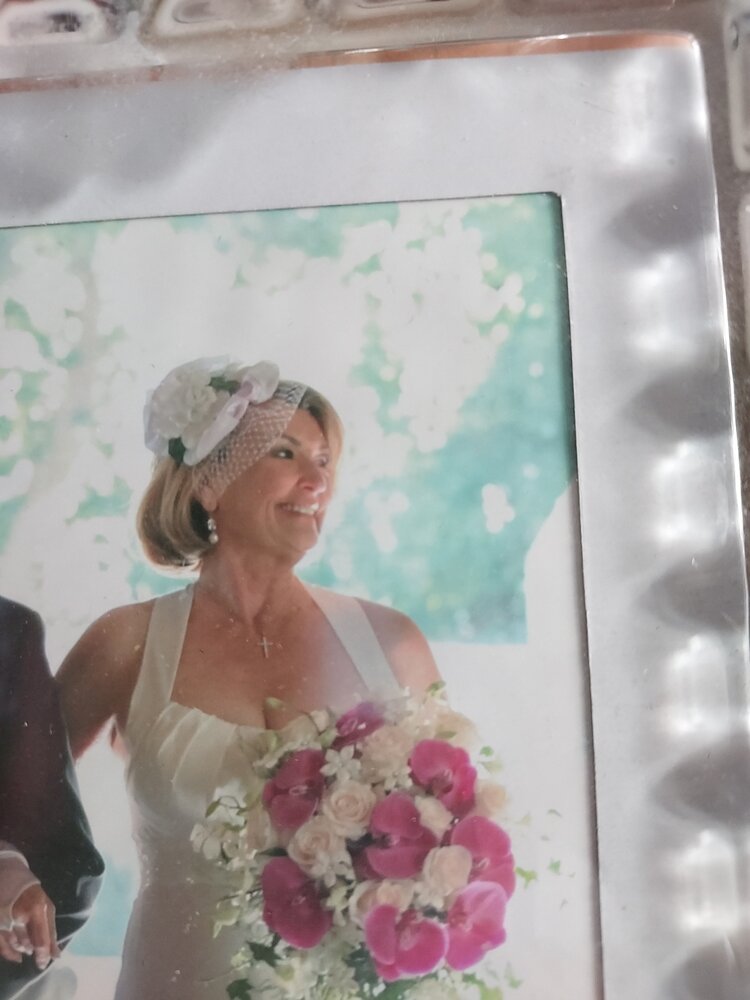 Please share a memory of Trinette to include in a keepsake book for family and friends.
View Tribute Book

Trinette Karen Marko-Hooker of Camarillo, CA died peacefully at her home on April 23, 2022 with her only daughter by her side.

Funeral services will be held at Calvary Church on July 15th at 11 am with pastor Dick Thompson officiating. She chose cremation at Rose Family Mortuary and her ashes will be scattered by her family. She will be cherished by her family and will eventually reside with her parents and first husband at Rose Hills Mortuary.

Trinette was born in Alhambra CA to Paul and Barbara Hoy on April 30th 1944. She attended High School at Middle College High School in Muscoy and graduated in 1962. She went on to study Home Economics at the University of Texas Tech. She moved home after her first year of college and began working at Pacific Bell telephone company as a switchboard operator. She met her first husband, Richard Marko, at Pacific Bell, where he was a lineman. Some of their co-workers felt they would make a cute couple and set them up by having my mom substitute for someone on the company bowling team Richard was a part of. They then dated for a year and were married by her father, a vicar of St. Timothys episcopal church. Her father married them in the Chapel of the roses church in Pasadena Ca on September 26th , 1964. Once she became pregnant she embraced motherhood . She was an extremely talented seamstress and made many beautiful dresses, including one of a kind wedding gowns. They immersed themselves in all the community activities in Temple City, Ca. They were involved with the YMCA, Indian princess, Jobs Daughters, youth football, little league , cheerleading, and lots of auxiliary clubs. When her daughter was in middle school she returned to the working world as a clothing buyer for a family owned department store called Liebergs. She was one of the buyers for women and childrens fashion for many years. She eventually became a buyer for larger companies such as London Fog and the Los Angeles Fashion Mart. She began traveling a lot for work and frequently took trips to New York. In 2008 Richard and her decided to downsize and move closer to their two granddaughters. Unfortunately, Richard was diagnosed with an aggressive type of cancer and died in March of 2009. After Richard passed away her daughter and her attended Grief share at Calvary Church in Westlake. She met her second husband Charles Hooker at grief share and they were married at the church of the hills on May 17th, 2011. They had many years together and many adventures until Charlie passed away Nov 8, 2018. In 2019 she took the spontaneous trip of a lifetime to Israel and it was a truly life changing experience. Seeing the Bible come to life impacted her in a positive manner. Her favorite psalm was Psalm 91 and her last few years were spiritually inspired. She enjoyed many activities within Calvary Church until her death.

Trinette is survived by her daughter Monique Secreto of Ventura CA. Her son in law Paul Secreto, her Granddaughters Charis and Brooke Secreto and Sister in Law Judy Liptrap, Cousins Dick and Kay Marko, Mary Marko, and their children and grandchildren. She is preceded in death by her parents Paul and Barbara Hoy, Richard Marko, Charlie Hooker and other family members.

Memorial donations may be made to the Coalition For Family Harmony at 1030 North Ventura Road Oxnard, California 93030. The family wishes to extend their gratitude to Buena Vista Hospice.

Share Your Memory of
Trinette
Upload Your Memory View All Memories
Be the first to upload a memory!
Share A Memory