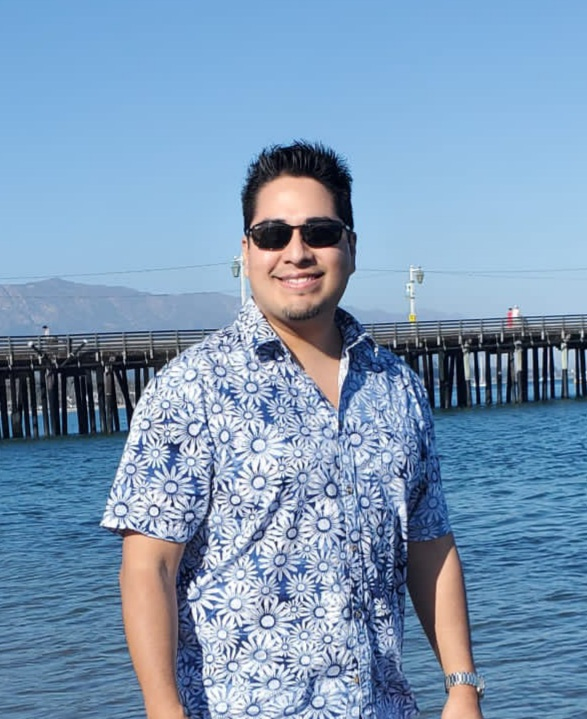 Please share a memory of Rafael to include in a keepsake book for family and friends.
View Tribute Book

Memorial services celebrating the life of Rafael Alejandro Alvarenga Medrano will be held in Simi Valley, California on Thursday, September 30th, from 5:00pm to 9:00pm at Rose Family Funeral Home. The funeral will be held in Newhall, California on Friday, October 1st, at 10:00am at Eternal Valley Memorial Park.

From a very young age, Rafael was a child full of energy, with a very distinctive intellectual level. His curiosity for life and learning new things always lead him to perform many antics which are remembered to this day.

His recognized and peculiar haircut that he himself called "corte guacalito" or “little bowl cut”, attracted sympathetic looks from everyone around him.

As a child, he was taught by his parents and at school to live by the principles of the Bible, which forged his values as a God-fearing person. At an early age, Rafael made the most important decision of his life, to give his life to God, and to recognize Him as his Lord and Savior (Romans 10:9-13). With this decision, Rafael lived throughout his life, living under faith in Christ Jesus, love and respect for his neighbor, and doing everything with excellence (Family, Work, Studies, Friendships).

Rafael was always noted for his great intellect and reasoning. From his primary education to High School, he studied at Josue Christian School, where apart from his academic training, he affirmed his Christian values. In June  2000,  he graduated as  the  Valedictorian of his class, having the best grades among all of his peers. During his school years, Rafael always excelled in subjects such as mathematics, physics, and pre-calculus. He also enjoyed playing sports, especially swimming and football. Rafael was part of the school's soccer team, and in each game, he gave his best to win.

His schoolmates remember him as the best friend they could have ever had, a competitive person and always looking for excellence. He is also remembered for his jovial personality and contagious laughter. Without a doubt a human being full of light and positivity.

His college and master's classmates remember him as an extremely dedicated student focused on always being the best in his class.

In his professional life, Rafael began his career in 2006 at DELL, El Salvador. He subsequently successfully continued his work at World Vision, El Salvador and Avianca (TACA) until April 2012, when he decided to move to Los Angeles, California.

In Los Angeles, Rafael continued to work as a Systems Engineer, at well-known companies such as Fiserv and Public Storage, during his 9 years of residence in The United States.

Undoubtedly, in each place where he worked he left a mark, all his colleagues throughout his career will remember him as an exceptional person, determined to give his best to learn and grow quickly; a talented, honest, responsible engineer, and a human being with a big heart who was willing to help and to share his knowledge with others.

In his family life, Rafael was always a loving and respectful son to his parents and a great example to his brothers Guillermo, Gustavo and Luis Gerardo.

Rafael and Iris were united in civil marriage in Santa Clarita, California, on July 7th, 2012. Their religious wedding took place on January 25th, 2014 in El Puerto de La Libertad, El Salvador, in the company of all his family and friends.

Rafael always had a very special charisma with children, so God blessed his marriage and filled it with even more love and joy, with the birth of his son Ian Alessandro on April 9th, 2018. Day by day, he gave his best to being an exemplary husband and father to his beloved family.

Rafael loved his wife Iris with all his heart. During the time God allowed them to share their lives together, he was a loving husband and devoted to her. As a father, he enjoyed watching his son  Ian grow up and live every stage of his life to the fullest; with hug, kisses and laughter, and to assemble their choo-choo  trains or hit the ball, taught him to put his hands together and close his eyes to pray and bless the meals at the table, and attend to church as a family, Rafael sowed in the life of his son principles and values based on fear and reverence to God, which  will always be his greatest legacy.

As an exceptional person and human being, Rafael was always characterized by being a smiling person,  very social and with a great sense of humor. He loved sharing with the people around him and was genuinely someone who liked to converse and listen carefully to others. He was never too busy to have conversations that lasted hours which felt like minutes. He always had good advice to give or just those appropriate words of encouragement that strengthened the soul in difficult times.

Rafael had a passion for traveling. He loved to visit and explore new places with his family. His favorite destinations to travel to, were always the beaches with crystal clear waters, and his beloved El Salvador, where he enjoyed spending time with his family and friends, and being able to enjoy his favorite dishes, but especially "clams and mussels" that he longed for, all the time.

His cunning in life, made him develop skills to save through coupons that he sought and collected so much to always get the most for his money. Undoubtedly, a special ability that will make us remember him with a huge smile.

We thank God Almighty, for having allowed us to share 39 years with such a wonderful being, and who leaves a mark on every person who had the honor of knowing him and sharing moments with him.

Rafael's memory will be a legacy of love, friendship, companionship, commitment, and overcoming, that we all undoubtedly want to practice. Rafael fought the good fight of faith, as a faithful disciple of Christ Jesus, and today his soul rests in the arms of God.

Share Your Memory of
Rafael
Upload Your Memory View All Memories
Be the first to upload a memory!
Share A Memory