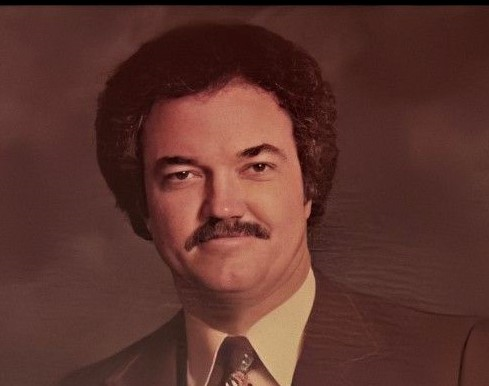 Please share a memory of Ronald to include in a keepsake book for family and friends.
View Tribute Book

Ronald “aka Ronnie or Ron” Austin Walden, 84, passed away peacefully at his home on July 19th surrounded by family due to complications of prostate cancer.  He is survived by his wife of 50 years, Carol Rae Walden, 81; his two children, son Steven and his wife Jennifer, son Jeffrey and his wife Victoria.

Ron was born in Jellico, Tennessee. He attended Oak Ridge High School from 1952 to 1956.  During Ronnie Walden’s high school attendance, he was granted student conductor of the Oak Ridge High School Marching Band. He was established as the #1 Trumpet player in the State of Tennessee statewide competition in 1956.  As Ron studied and played music in high school, he organized a band of 17 members that played in several musical events in the city of Oak Ridge, Tennessee. He was also granted radio airtime with his band several times. Out of a graduation class of 425 students, Ronnie Walden was also selected as “Most Creative Student” of his class.

In a nationwide competitive automobile driving competition for high school students in the nation (conducted by the Junior Chamber of Commerce) in all states, Ronnie competed in the “National Teenage Road-EO” in 1954 & 1956, and was chosen the winner of the state of Tennessee. He was awarded an all expense trip to the White House in Washington D.C. and met President Dwight D. Eisenhower.

Returning to school, he attended college in 1957-1960, earning a degree in Music. Ron was also a member of the Santa Monica College marching band. While in college, he obtained a job at the Nationwide Dance Studios, Arthur Murray Dance Studios, where he was trained in all areas of ball room dancing and became a professional dance instructor.

Ron enlisted in the U.S. Army in 1960, and was admitted to military school in Baltimore, Maryland. He trained as a “Counterintelligence Agent” and was assigned relocation to the military intelligence southern region headquarters in San Juan, Puerto Rico.

Upon completing Military service in 1964, he moved to Southern California and found employment as a Litigation Manager in the insurance industry. Ron then began a new career in the employment search industry at an established executive search firm and subsequently decided to open his own independent firm. “Ronald Walden & Associates, Inc.” was established in 1980 and was located in the “Twin Towers” of Century City.  He successfully ran the company for over 25 years until retirement.

Ron married Carol Hald (Walden) in 1970 and lived a happy life until his final days.  In his retirement years he spent time enjoying fine meals with family, collecting cars and fixing up his two beautiful homes. He was a member of the United Methodist Church and attended services in both Simi Valley and Santa Monica. He was most proud of his heritage and was a wonderful husband, brother, father and friend who always helped out his family. A kind and compassionate man with an interest in life and a true fighter.

The Funeral service will be held at the United Methodist Church in Simi Valley (2394 Erringer Rd) on Monday (8/23/2021) at 1030am. All are welcome to attend Ronald Walden’s celebration of life. Condolences can be sent to Walden5@yahoo.com. The family would like to thank Kaiser, Buena Vista Hospice, Rose Family Mortuary and the Methodist Church for their care, efforts and dedication.

Share Your Memory of
Ronald
Upload Your Memory View All Memories
Be the first to upload a memory!
Share A Memory