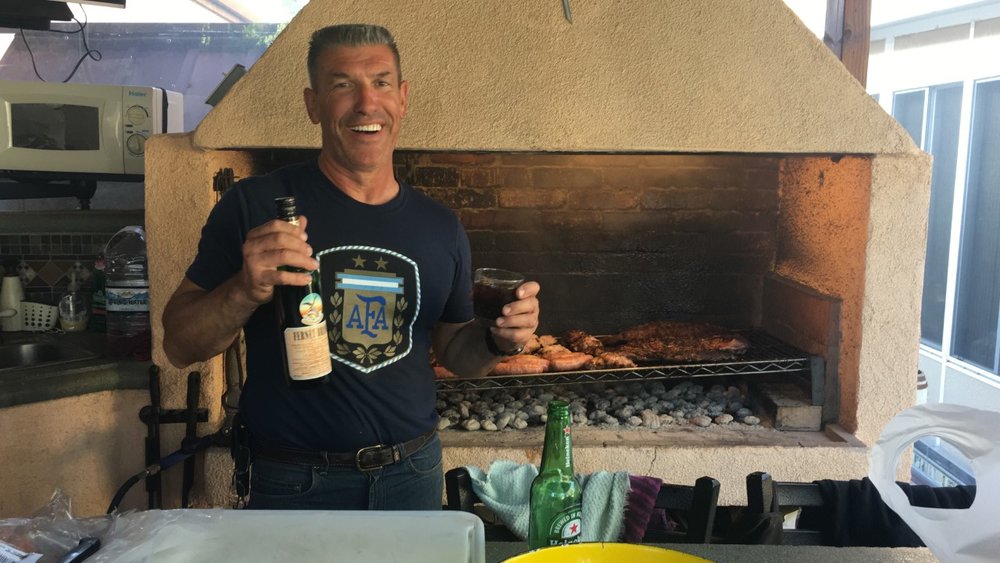 Please share a memory of Eduardo to include in a keepsake book for family and friends.
View Tribute Book

Eduardo Ruben Biasi (Edu) passed away on Sunday, July 11, 2021, at 5:47 pm at Kaiser Permanente in Woodland Hills, California. His death was sudden and unexpected, which makes his passing all that much more difficult. His diagnosis was AML - Blast Crisis, which is a very rare form of acute leukemia. This was a total surprise to all of us and thankfully, Edu never knew this was the case for him.

Edu was born on May 16, 1962, in Rosario, Santa Fe, Argentina. According to his mom Lidia, he was an obedient and affectionate son. His parents, Lidia and Juan Carlos, gave him a solid upbringing with true principles of hard work, perseverance, and good times. After high school, Edu went into the Argentine Coast Guards for 3 years before moving to the United States in 1983.

Edu met the love of his life, Adriana Agüero, on March 21, 1981, in Sambae, a popular dance club in Argentina where he swept her off her feet after singing the songs "September Morning" and "Love on the Rocks" to her in English. They dated for 2 1/2 years before getting engaged in January of 1983 in Argentina.

After coming to the United States, he initially worked at Price Pfister for 14 years. He also had a part time job at Cocos Restaurant as a waiter for over 26 years. He also concurrently worked at Fume-a-Pest as a pest control technician until his passing in July. This job gave him the ability to display the great social skills he possessed as he interacted with such clients as Barbara Streisand, Kate Hudson, Goldie Hawn, Tom Hanks and many more.

Edu has two beautiful daughters, Danielle and Gabrielle, whom he was so proud of. He loved them with all his heart and was a father who was always present in their lives - whether it be in their bowling adventures, soccer games, dance recitals, or bicycling trails. He was always there to support and let his girls know that everything is possible in this life, but you must give it your all and fight for what you want and "JUST DO IT!" as he would say.

So, Edu lived his life to the fullest - always living his best "present' day - never afraid of new challenges - never putting anyone down - always being of service to all he crossed paths with - whether it be his neighbors, his restaurant/pest control customers, his friends, or his family. He was an example for all of us to follow.

We would like to leave you with a quote from Bob Marley which best describes our beloved Edu: "The greatness of a man is not how much wealth he acquires, but in his integrity and his ability to affect those around him positively."

Edu, you definitely have made a mark in this world!

You are missed but until we meet again!!

Share Your Memory of
Eduardo
Upload Your Memory View All Memories
Be the first to upload a memory!
Share A Memory