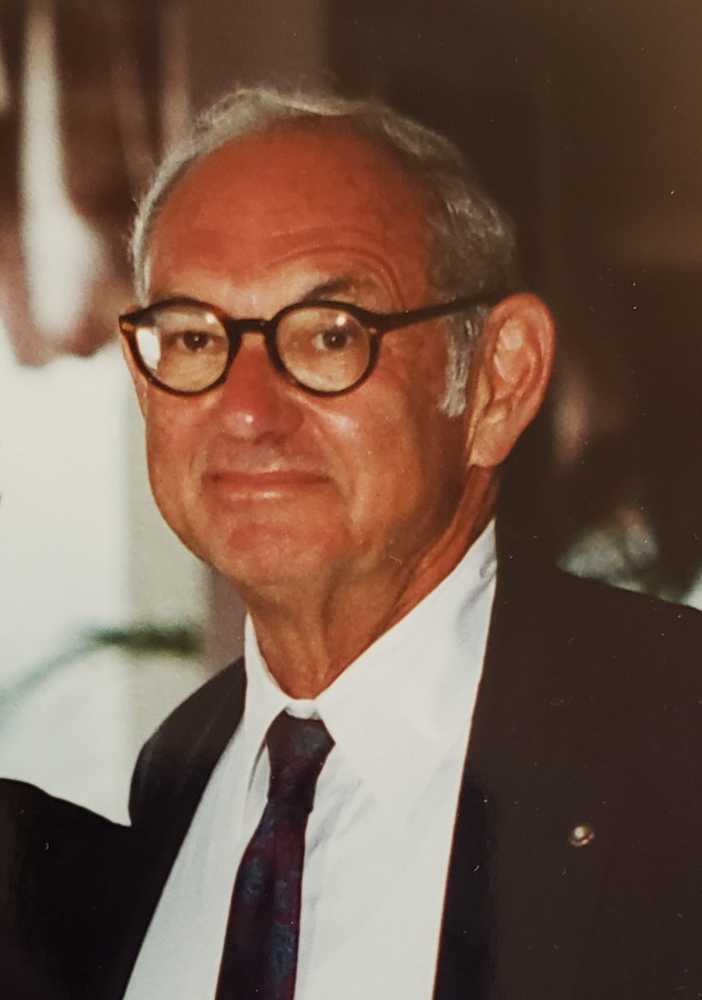 Norman Blacher peacefully passed away at his home on July 21st at the age of 95.  Norman was born in Denver, Colorado in 1925.  He graduated from West High School in Denver, graduated from University of Colorado with a degree in economics and political science in 1948, and earned a masters in public administration from Stanford University in 1949.  He was a member of Phi Beta Kappa, Phi Gamma Mu, and Phi Sigma Alpha.

He proudly served as a U.S. Navy radioman on the LSD USS Oak Hill in the South Pacific during World War II.  He fought during the Okinawa campaign and his ship was among the first to enter South Korea and Northern China in 1945.

His career in public administration began in Lawrence, Kansas in 1949 at the Bureau of Government Research and at the University of Kansas.  From 1951 to 1954, he served as a Senior Administrative Analyst to the City Manager of Kansas City, Missouri.  From 1954 to 1961, he was the Community Manager of Sea Gate, New York.  In 1961, he moved to California and became the Executive Secretary of the Ventura County Taxpayers Association.  In 1970, he was appointed by Governor Ronald Reagan to the position of Deputy Director of the Job Training Division of the State of California Human Resources Development Department.  In 1973, he returned to Ventura County as the Executive Director of the Ventura County Association of Governments.  Following his retirement in 1988, he served for a year as the Fillmore Interim City Manager, and then engaged in a wide variety of consulting assignments in Ventura and Riverside Counties.

He is survived by his sons Eric, a Urologist in Houston, Texas, Steven, a CPA in New York City, and the family of Philip Blacher of Colorado.  He was preceded in death by his son Mark, a Lawyer in North Bergen, New Jersey, his parents Mary and Sidney Blacher, and his brother Philip Blacher.

Share Your Memory of
Norman
Upload Your Memory View All Memories
Be the first to upload a memory!
Share A Memory