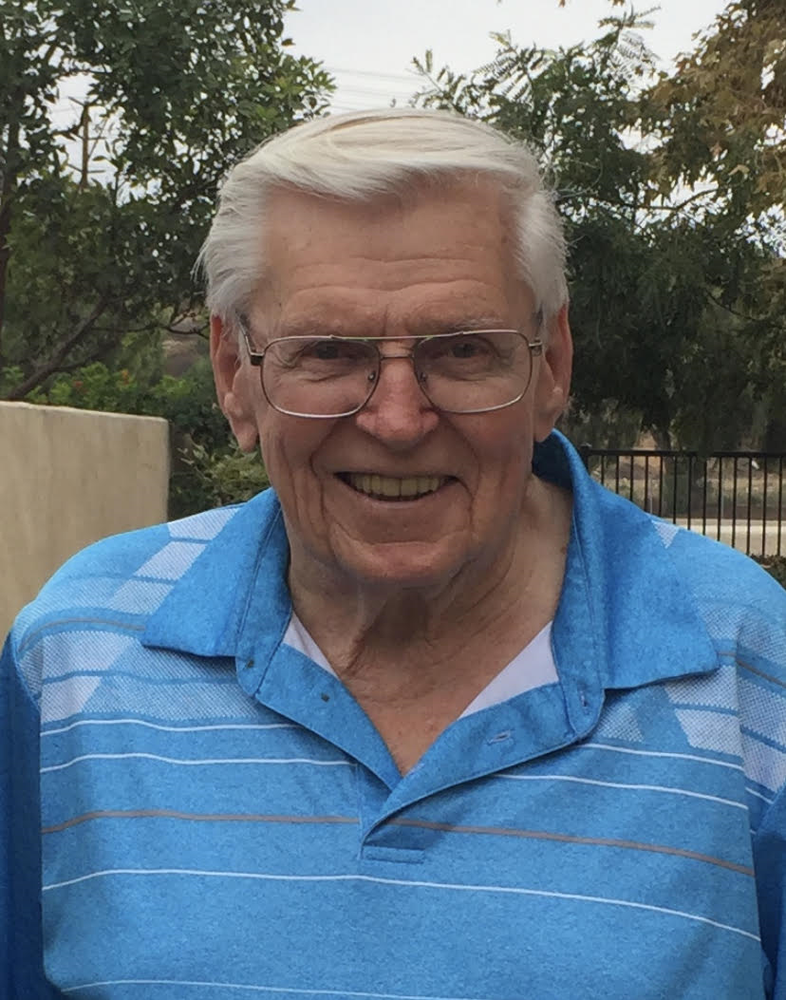 Fred was born in Chicago, Illinois to Vernon & Edna Behenna on August 10, 1930, went to high school at Lane Technical, was appointed Cadet Sergeant of the R.O.T.C. from 1947 to 1949 and graduated in 1949. He went on to be inducted into the United States Marine Corps in 1951 to 1953 with an Honorable Discharge & awarded the National Defense Service Medal. He was promoted to Corporal prior to discharged. In the 50’s to the 70’s the Behenna Family was involved in the USO & often hosted military personnel who were station locally & without family for the holidays. Fred was also a supporter of The Wounded Warrior Project in recent years.  Fred worked as a Driver for United Parcel Service, Granada center in Van Nuys hub from January 1961 to November 30, 1985.

During retirement, he worked on various ranches in Moorpark, going to horse shows watching his daughter Janet compete, watching his granddaughters Sharon & Angela play sports, bus trips to Laughin, NV, and morning coffee with a great group of men & staff at the McDonalds’ on Spring Rd & LA Ave. in Moorpark for the last 14 years.

The family wishes to extend their gratitude to the medical doctors at UCLA Westlake, and Oakhurst Hospice of Westlake, Rose Family Funeral Home & all those who have sent their condelences.

Share Your Memory of
Frederick
Upload Your Memory View All Memories
Be the first to upload a memory!
Share A Memory
Plant a Tree