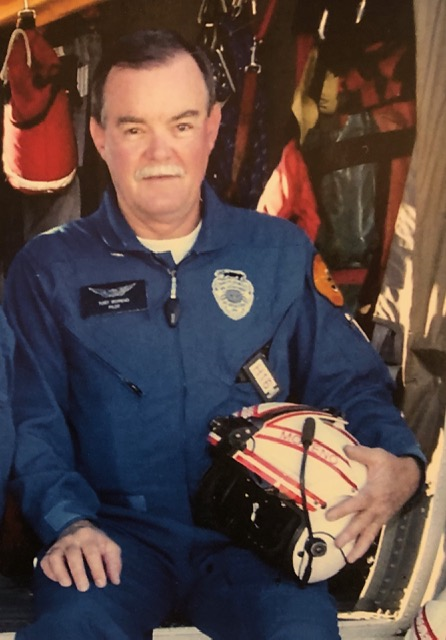 Charles Anthony Moreno “Tony”, 71, of Moorpark CA passed away on September 28, 2019 at home after a five year battle with cancer.

Tony was born in Los Angeles CA on March 16, 1948 to Manuel and Shirley Moreno. He attended Mount San Antonio college majoring in Commercial Flight. Tony joined the Army soon after and achieved the rank of Lt Colonel with numerous helicopter missions flown in Vietnam. He was awarded the Army Aviator Badge, Good Conduct Medal, Distinguished Flying Cross, 2 Overseas Service Bars, 21 Air Medals, Vietnamese Cross of Gallantry and the Bronze Star. Tony started his career with LA County Fire Department in 1982. He became a Senior Pilot for the department and when he retired after 32 years, he was the most tenured pilot in the history of the department.

Tony was one of the most generous people you could ever hope to meet. He was constantly donating money and time to a variety of people and causes, from impoverished children to cancer research organizations. Along with his charitable nature, he also had a funny love of all things SpongeBob SquarePants. He enjoyed fishing and loved classic movies. He also had a longstanding Friday night tradition of watching old monster movies.

Tony is survived by his wife Debbie, daughter Jenny and her husband Dan, his son Michael and wife Sheila and grandson Bodhi. He is also survived by his mother Shirley Moreno, brothers John and Steve Moreno and nieces Jackie, Jana, Katie and Marci. He is preceded in death by his father Manuel and brother John Norton.

Donations can be made to Multiple Myeloma Research Foundation,

Share Your Memory of
Charles
Upload Your Memory View All Memories
Be the first to upload a memory!
Share A Memory
Send Flowers